The timeless elegance of Tilda Swinton & a magnificent 1930’s mansion.

“Io sono l’amore” is the title of the 2009 Italian film starring Tilda Swinton as a “haute bourgeoise” in Milan who lives with her wealthy husband and family in a grand modernist mansion. 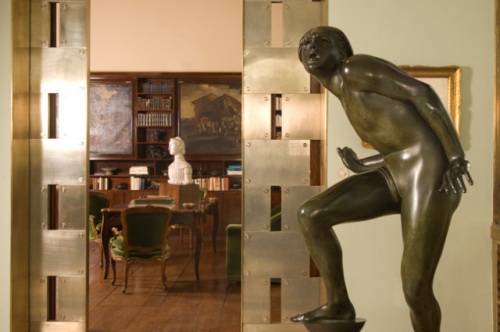 Tilda Swinton is undoubtedly one of the most arresting beauties of our age, she can carry off any role with her timeless elegance and style.

The house, in real life the “Villa Nicchi Campiglio”, is one of the grandest Milanese 1930’s villas and for the film, the original interior decor was used in this contemporary story. 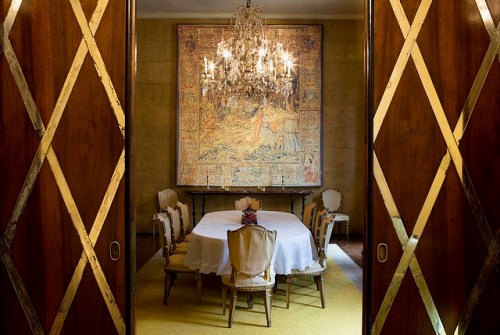 The sensuous pace, the music by composer John Adams and the atmosphere of the family dynamics are compelling. 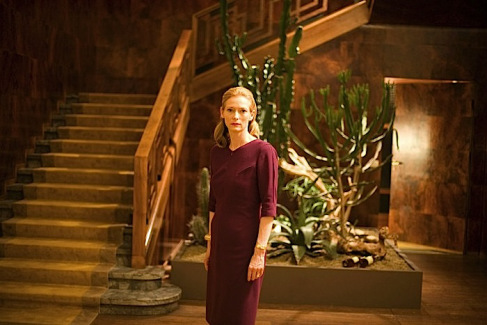 But mostly I veered between emotions about the beauty of the house and the beauty and style of Emma, the character portrayed by Tilda.

Emma’s wardrobe was designed by Raf Simons, now head designer at Christian Dior, when he was at Jill Sander and I would still wear any of the looks he created for the film today.

As the story unfolds, the stately but claustrophobic atmosphere of the family’s dynamic and surroundings are mirrored in Emma’s elegant but slightly stiff look.

But then Emma falls in love with a much younger man and her style becomes more casual.

She starts living a double life, culminating in her hair being cut short by her lover…

But even the shorter hair is so chic when she goes back into her “bourgeois” double life: 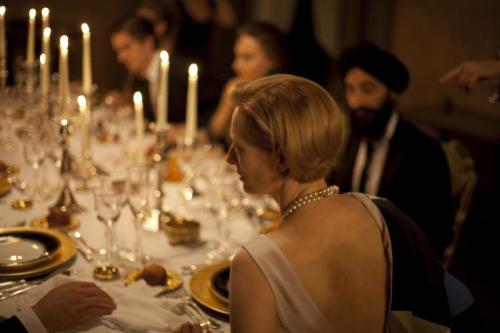 I will not give away the story, nor its ending, I hope you will find it as compelling as I did!