Question: “What’s an associate producer credit?” – Answer: “It’s what you give to your secretary instead of a raise.”

This is one of the many hilarious lines in one of my favorite movies: “State and Main“ written and directed by David Mamet in 2000. The title is as baffling to non-Americans as it is crystal clear to Americans: in most American towns there is a “Main Street” and somewhere it will be crossed by “State”, short for the State Highway.  And this movie is all about a little sleepy town in Vermont where a Hollywood film is being shot, with all the uproar that creates… 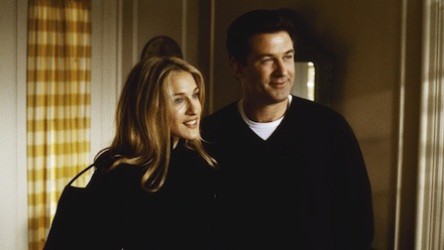 At first glance, it is an Hollywood “insider” story, full of movie jokes and typical “film people” behavior. But more broadly it is a movie about a clash of cultures and mentalities. Alec Baldwin and Sarah Jessica Parker are the “stars” coming to town, each with their own set of difficulties. The director of the film, played by the brilliant William H. Macy has to navigate the town politics, the financing of his movie, his difficult stars and the terribly insecure novice screen writer, played by the late Philip Seymour Hoffman.

The innocent and straightforward mentality of the town is portrayed by the witty bookstore owner, played by Rebecca Pidgeon, who unofficially runs the town with her philosophical remarks and kind actions. A love story unfolds, but before something terrible happens one night on the crossing of State and Main… 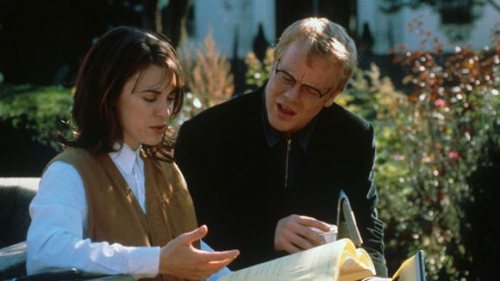 Sarah Jessica Parker is brilliant as the fickle and over sensitive leading lady, far removed from her role in “Sex and the City”! Women are referred to as “broads” and everyone gets bribed with a cigar or an useless “associate producer” title, in short: a yummy film for a dreary afternoon or evening!