A Pleated Silk Gown & the Making of the Modern Women

Detail of a Fortuny “Delphos” Gown, probably around 1920

At the beginning of the 20th century, when most women’s fashion was still dictated by the corset, Mariano Fortuny created the “Delphos” gown – described by Marcel Proust as “faithfully antique and markedly original.”  Inspired by, and named after, a classical Greek statue, the Charioteer of Delphi,  the unstructured dress clung sensuously to the body, daringly revealing the wearer’s shape…These dresses became all the rage! Below on this post you will find “create the look for less”. 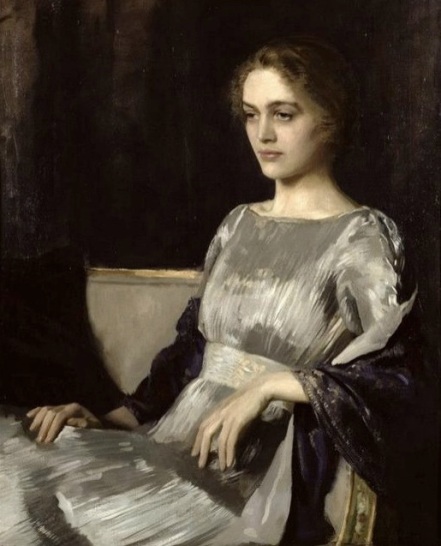 Portrait of Miss Muriel Gore in a Fortuny Dress, 1919 by Oswald Birley

The simplicity and timeless quality of the finely pleated silk have made these dresses enduringly modern. A simple shift, with little or no adornment, it came with a silk stenciled ribbon belt. Because of the fabric and the dyes the “Tea Gowns” were rolled and sold in beautiful custom made boxes. 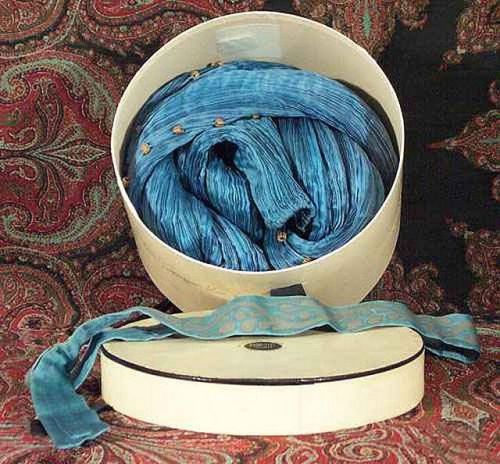 As of 1912, Fortuny worked out of his Venetian Palazzo, today the Fortuny Museum. Besides his secret pleating technique he was also known for his elaborate stenciled fabrics, mostly silk and velvet.

Detail of a stenciled pleated dress

The Fortuny dresses have maintained their timeless appeal and wearability and were and still are avidly collected.

The late Tina Chow in one of her many Fortuny dresses, photographed by Antonio Lopez – 1977

In the Belgian artist Elisabeth de Borchgrave‘s book “Paper Illusions“, by Rene and Barbara Stoeltie, she painstakingly recreates the pleated dresses, belts and scarfs in paper: 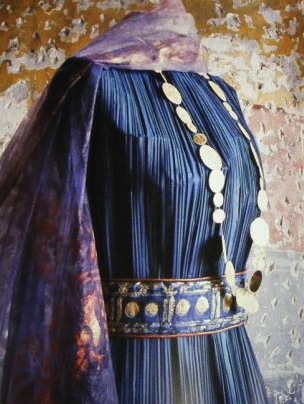 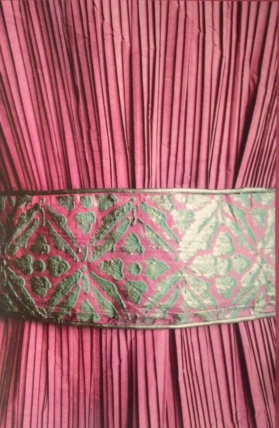 “Create the Look for Less”:

It is hard to find a “knock off” Fortuny gown, but this one below you could adorn with a large silk ribbon belt to create the “Delphos” look:

A Greek Key trim from M&J Trim in New York