Economic speculation, the birth of futures & options contracts and a market crash in Holland’s Golden Age

There is something so deliciously mad about the phenomenon of Tulip Mania in 17th century Holland where “protestant restraint” was “de rigeur”. This was the “Golden Age” of the Netherlands, when sophisticated modern economic systems were invented: the first-ever multinational corporation (the Dutch East India Company founded in 1602), financed by shares that established the first modern stock exchange and the Bank of Amsterdam (established in 1609), the precursor to, if not the first true central bank. 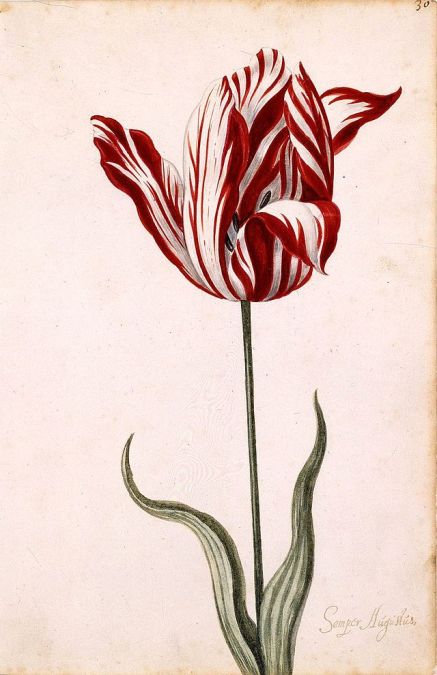 Anonymous 17th-century watercolor of the Semper Augustus, famous for being the most expensive tulip sold during tulip mania.

Fabulous fortunes were made and the new merchant class displayed and validated its success, primarily by setting up grand estates surrounded by flower gardens, and the plant that had pride of place was the sensational tulip. The tulip was different from every other flower known to Europe at that time and as a status symbol coincided with the rise of newly independent Holland’s trade fortunes. Read about it in the book “Tulipomania” by Mike Dash.

A Satire of Tulip Mania by Brueghel the Younger (ca. 1640) depicts speculators as brainless monkeys in contemporary upper-class dress.

The tulip was itself a conspirator in the supply-squeeze that fueled the speculation, in that it is grown from a bulb that cannot be produced quickly. Normally it takes 7 to 12 years to grow a flowering bulb from seed and some of the most sought after varieties were very rare. Tulip mania reached its peak during the winter of 1636–37, when some bulbs were reportedly changing hands ten times in a day.

Tulip Mania set off many fashions; tulips were a favorite subject for still life paintings:

and elaborate special vases were designed to show the flowers off, one by one… 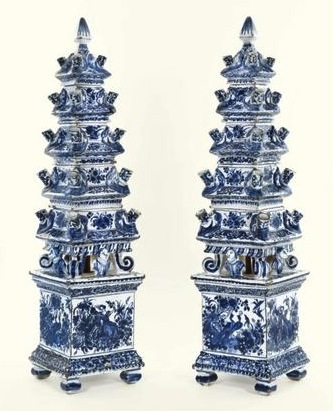 I bought a copy of a Delft Blue tulip vase and use it for any kind of flower: 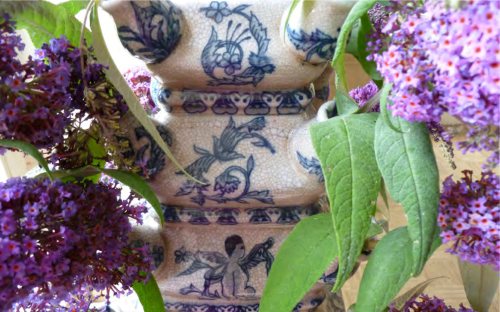