On February 25, 1941 an exceptional stand by outraged workers in Amsterdam against the Nazi occupation!

By early 1941 it became increasingly clear that the Nazi’s were determined to speed up their persecution of Jews and other people they deemed “undesirable”.

On February 25, 1941 Amsterdam came to a virtual standstill when the tram workers engaged in a general strike to show their solidarity for their fellow Jewish citizens.

The strike quickly spread to other cities, but was brutally countered the next day by the Nazi forces: 427 strikers were arrested, only 2 survived deportation and execution. 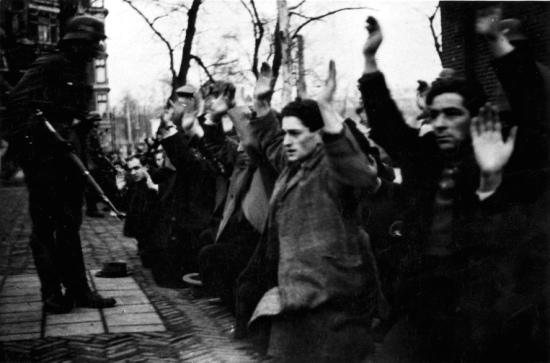 This general strike was the only one conducted during the war in any of the countries occupied by the Germans and an exceptional act of courage and solidarity.