The Lives of Others…

Voyeurism in real life and movies

In the brilliant adaptation of John Le Carre’s spy novel “Tinker Tailor Soldier Spy”, one of the best scenes is the British spy watching the Russian delegate in bed with a floozie, as his wife is entering the apartment. You see all this from across the street through a succession of windows.

I feel like I wandered into a scene of a film at night, sitting on my perch, overlooking the East River: 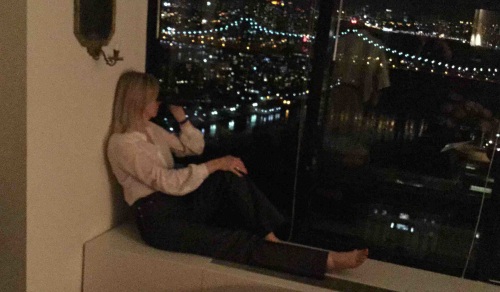 Through the binoculars I watch the planes come in and the glittering lights of the 59th Street Bridge. I inevitable glance at the windows of the buildings across the street: 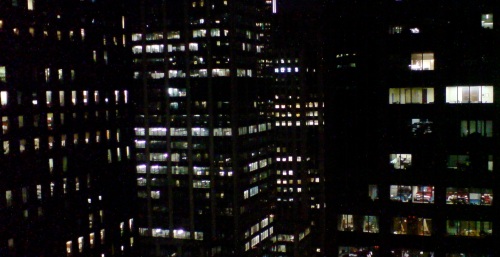 I refrain from looking into the apartments through the binoculars as most windows are unshaded and people are going about their business. I wonder how many voyeurs there are in New York? I bet you a lot!

Watching people who don’t know they are being watched is a thrilling theme in other great movies, “a window within the window” of the film.

One of the greatest is undoubtedly Hitchcock’s 1954 thriller “Rear Window” with Grace Kelly and Jimmy Steward, in which a man watches a murder being committed in the house across the courtyard, or so he thinks…

In Brian de Palma’s film, set in Los Angeles, architecture is the real star, as the “Peeping Tom” lives in the iconic “Chemosphere House”: 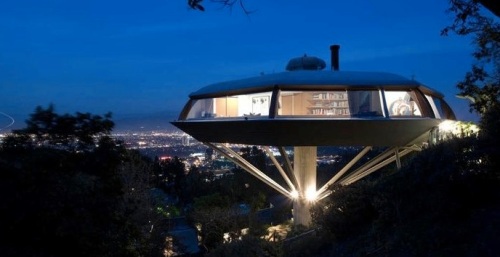 The sleek, octagonal design, arguably the boldest work by the architect John Lautner, is considered a masterpiece of California Modernism.

In the Bond movie “Skyfall”, again the same theme: looking from one skyscraper into the one across the street:

Scene from the 2012 Bond movie “Skyfall”

“You can observe a lot by just watching.”