How the philosopher Nietzsche made his “mark” on the painter Rothko

Born as Mark Rothkowitz in Latvia, he abbreviated his name to Rothko after he became an American citizen in 1938. Big scholarly books have been written about Rothko, but I am particularly interested in how mythology and the philosopher Frederick Nietzsche played a role in his journey towards Abstract Impressionism. 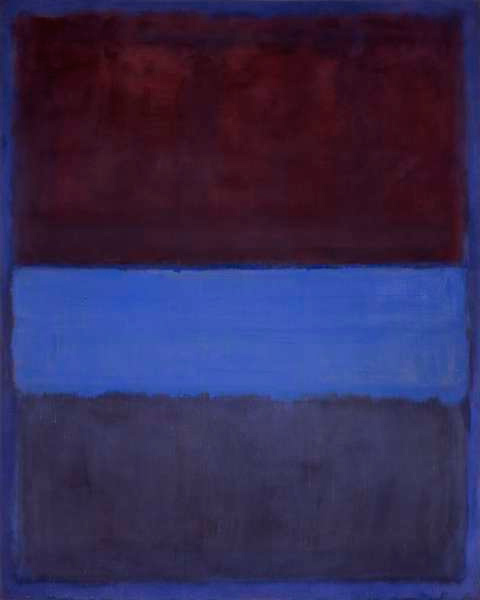 It is always a treat to see a lot of Rothko paintings together so run to the the Gemeente Museum in The Hague in Holland to see the Rothko Exhibition until March 1, 2015 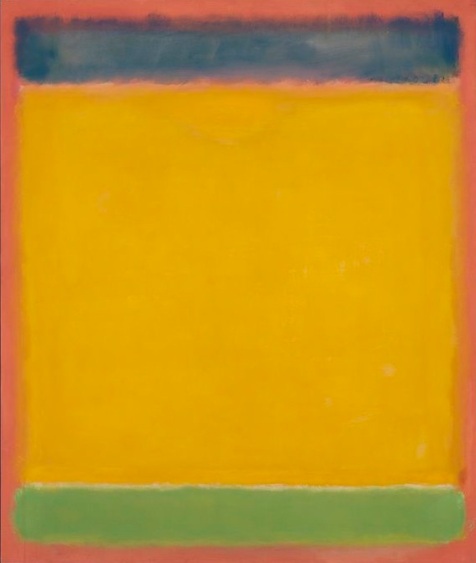 Rothko was influenced by Cubism and Surrealism when he painted his acclaimed “Slow Swirl at the Edge of the Sea” in 1944: 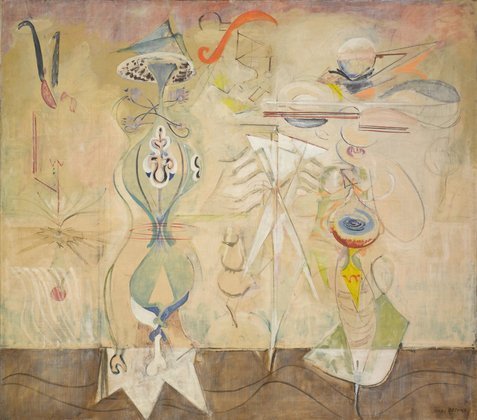 Friedrich Nietzsche’s “The Birth of Tragedy” was the most crucial philosophical influence on Rothko in this transitional period. Nietzsche claimed that Greek tragedy served to redeem man from the terrors of mortal life. From this time on, Rothko’s art had the goal of relieving modern man’s spiritual emptiness. He believed that this emptiness resulted partly from lack of a mythology. For Rothko, “without monsters and gods, art cannot enact a drama.” 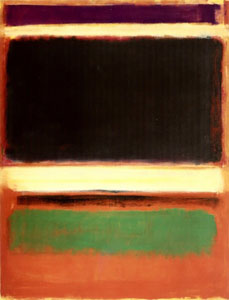 The “multiforms” brought Rothko to a realization of his mature, signature style, the only style Rothko would never fully abandon. Rothko believed his art could free unconscious energies previously liberated by mythological images, symbols, and rituals. He considered himself a “mythmaker” and proclaimed that “the exhilarated tragic experience is for me the only source of art”.

One of Rothko’s last Untitled paintings – 1969

Mark Rothko’s later paintings were very dark and he committed suicide in 1970. But surprisingly his last painting was blood red…was he trying to say something? In the Rothko exhibition at the Gemeente Museum in The Hague, this last painting hangs next to Piet Mondriaan’s 1945 last unfinished painting “Victory Boogie Woogie”:

Rothko’s paintings commanded enormous prices during his later life, but after his death they are now amongst the most expensive paintings in the world when they come up for sale. In May 2012, Rothko’s 1961 painting “Orange, Red, Yellow” was sold by Christie’s in New York for 86.9 million dollars, setting a new nominal-value record for a postwar painting at a public auction.